We’re pleased to announce Silvia DeBastos as the Customer Success Manager for Ricoh eDiscovery. In this newly-developed role, Silvia — who first joined our team in 2016 — acts as a bridge between the Sales and Fulfillment teams.

END_OF_DOCUMENT_TOKEN_TO_BE_REPLACED 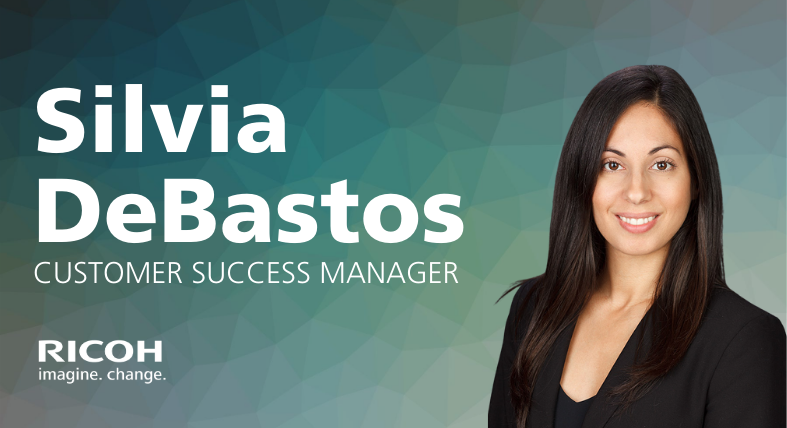 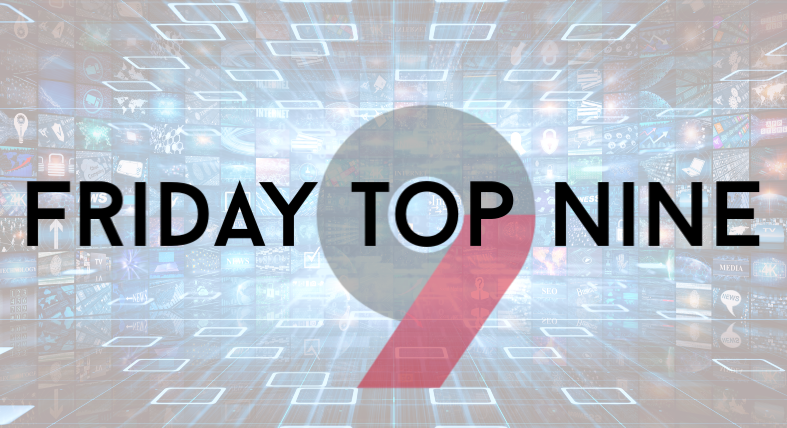 Central Health, the second largest health authority in Newfoundland and Labrador, is apologizing after an employee "inappropriately accessed" the health records of 240 patients over a span of two years. On Tuesday, CBC reported that all 240 people who were affected were being called to alert them of the breach. The person involved in the breach is no longer working for the organization.

END_OF_DOCUMENT_TOKEN_TO_BE_REPLACED 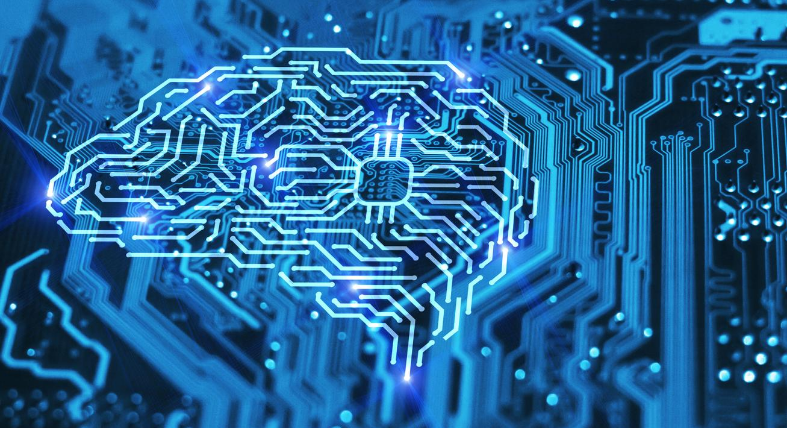 During last week's Canadian Legal Innovation Forum webinar on Using Data to Make Better Decisions, four panelists, including our own Jessica Lockett, shared how their organizations are actively utilizing these solutions to help save on time, costs and improve accuracy.

END_OF_DOCUMENT_TOKEN_TO_BE_REPLACED

A recent study showed that 61 per cent of polled workers consider their work-from-home set up to be on par with their office. In turn, nearly half of the respondents believe their companies will have a more digital culture post-pandemic signaling that digital transformation is top of mind for many organizations.

END_OF_DOCUMENT_TOKEN_TO_BE_REPLACED 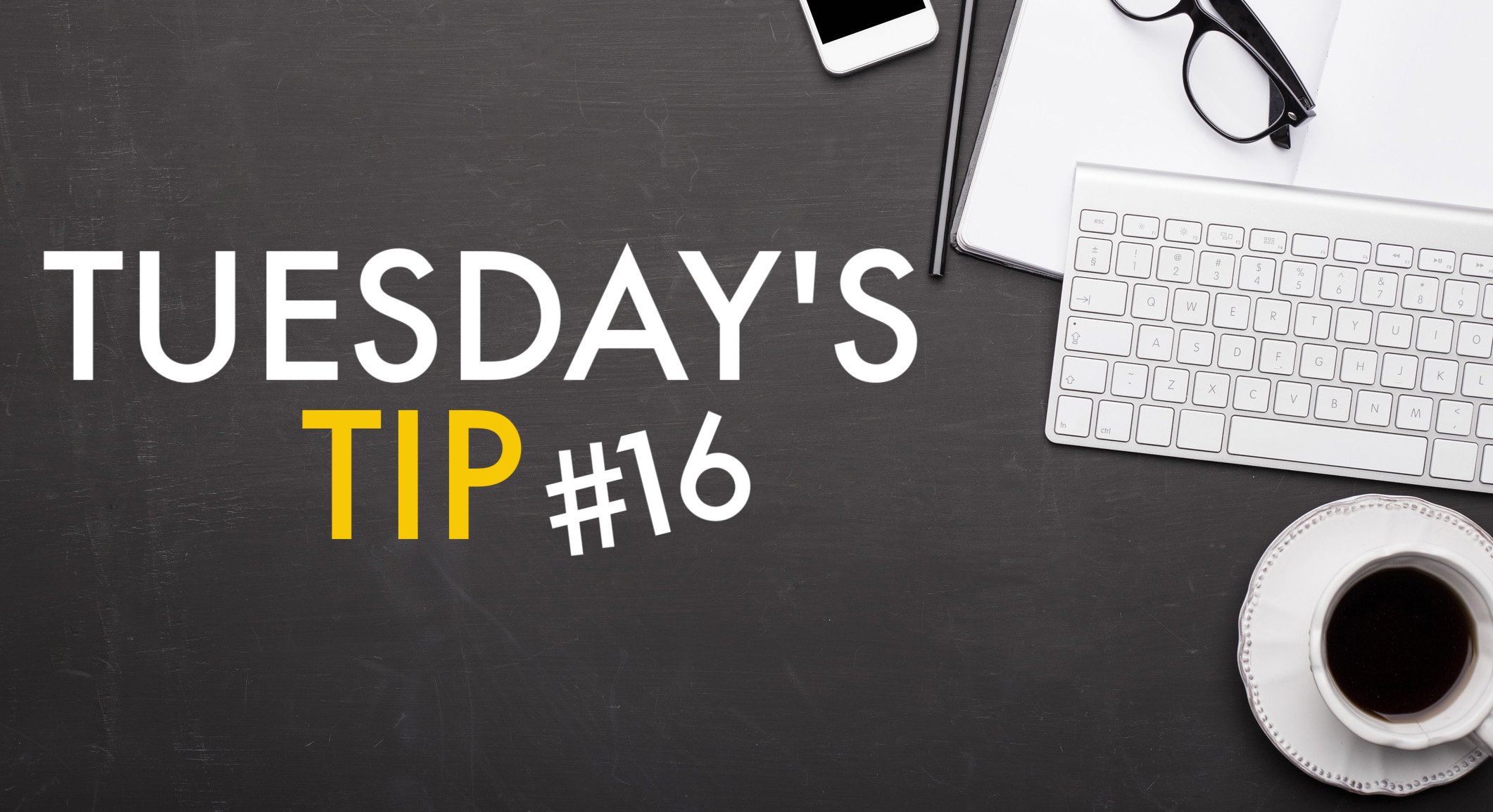 Capturing PDF and Printed Emails: 7 Questions to Ask Yourself Before Getting Started

For clients who may be new to electronic review, sending PDFs or printing emails, one at a time, might seem like the easiest way to share content. Unfortunately, this slows down the entire review process, resulting in unnecessary time and money spent.

While we always recommend working with emails via MSG or within a mail store (such as a PST file), sometimes processing PDF and printed documents cannot be avoided during a review. If you find yourself in this situation, remember the importance of establishing proper document collection protocols from the start. Today I'm sharing the top seven questions to ask yourself to avoid redundancy and frustration in these situations, based on a decade of experience in the industry.

END_OF_DOCUMENT_TOKEN_TO_BE_REPLACED 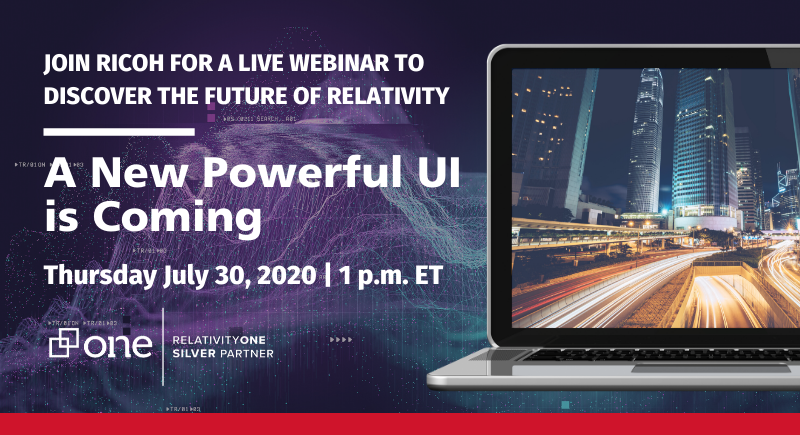 Webinar Announcement: The Future of Relativity — A New, Powerful UI is Coming

END_OF_DOCUMENT_TOKEN_TO_BE_REPLACED

As it happened on Wednesday, CBC reported that a series of high-profile Twitter accounts were hijacked, with some of the platform's top voices — including U.S. presidential candidate Joe Biden, reality television show star Kim Kardashian, former U.S. president Barack Obama, billionaire Elon Musk, and rapper Kanye West, among many others — used to solicit digital currency. The attackers sent out tweets from the accounts of the public figures, offering to send $2,000 for every $1,000 sent to an anonymous bitcoin address. While little was known about the hack that day, it was confirmed the affected accounts had tens of millions of followers and an estimated $100,000 of cryptocurrency was received.

The next day, the news outlet revealed the FBI was probing the high-profile Twitter hack.

END_OF_DOCUMENT_TOKEN_TO_BE_REPLACED

Ricoh has been proud to serve as an exclusive sponsor for Canadian Legal Innovation Forum's Webinar Series 2020. Over the past two months, the series' webinars have covered a variety of subjects focused on innovation in the legal technology and information management sectors in Canada. Today we're sharing the details of our third and final virtual event.

END_OF_DOCUMENT_TOKEN_TO_BE_REPLACED 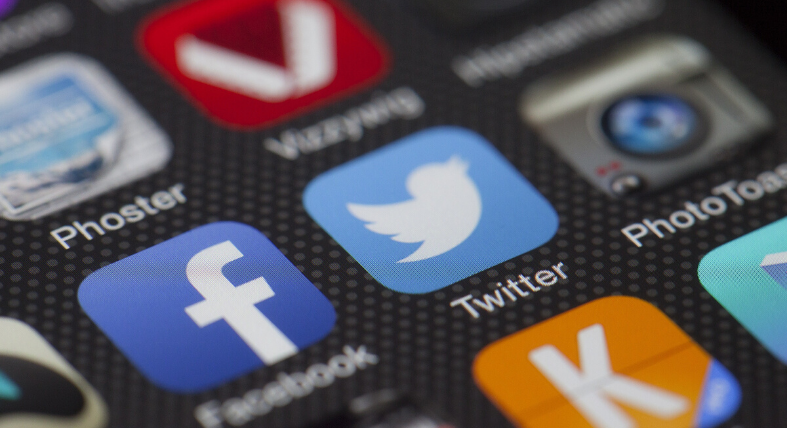 With its up-to-the-minute updates, Twitter is thought to be the most news-friendly social media platform. And, with 145 million daily users from all over the world, it's become an essential communication tool amongst many industries.

END_OF_DOCUMENT_TOKEN_TO_BE_REPLACED

Microsoft Teams’ new Together Mode is designed for pandemic-era meetings

Microsoft is introducing some big updates to Teams including a "Together Mode" that's designed to create a virtual live avatar of yourself to help you better engage with meetings. Microsoft is using AI to segment your face and shoulders and place you and your co-workers together in a virtual space. The space could be a meeting room-like environment, coffee shop or other places you'd normally have face-to-face meetings. Microsoft is also adding in video filters and live reactions. Read about all the updates on The Verge.