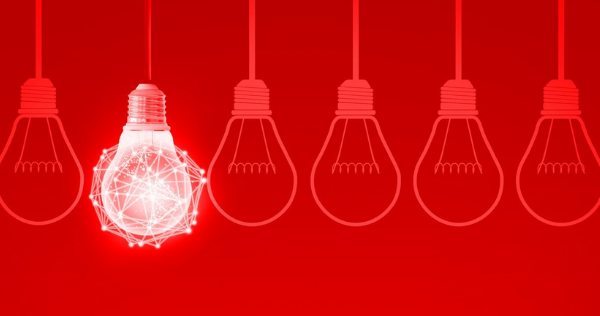 How is the Internet of Things (IoT) becoming more intelligent with the help of AI? Forbes.com explains that the two technologies are joining forces to provide greater visibility and control to the array of devices that connect to the web. In turn, machine learning is transforming businesses by enabling them to collect data that holds valuable information on consumer habits. Read the full article to learn what will change as a result of this relationship.

Google has rolled out three new security features that will reduce how much personal activity the company tracks. Why does this matter? If you're an Android user, It means that you'll now be in control of your data. The features include incognito mode when using maps, auto-delete on personal searches and Password Checkup. Learn more about the new features and how they work by reading Business Insider's article.

Attending Relativity Fest? So are we! This much-anticipated conference will be taking place from October 20-23 in Chicago, IL. Above the Law reports that this year there will be a large focus on corporate legal ops with their new "Fest Focus: The Corporate Vision" track specifically designed for corporate legal professionals. This means that there will be sessions entirely focused on the unique needs of in-house legal teams. If you have questions be sure to comment below or, better yet, attend one of the three panels that our team will be speaking on.

A voice deepfake was used to trick a CEO out of $243,000, creating the first known instance of an artificial intelligence-generated voice being used in a scam. The CEO of an unnamed UK-based energy firm believed they were speaking with their boss when they followed orders to immediately transfer €220,000 (approx. $321,000 CAD). According to the CEO, the voice sounded indistinguishable from the chief executive of their parent company, even down to the German accent and "melody". Learn the details of this controversial case on Forbes.com.

Toronto's Pearson International Airport — the busiest airport in Canada — will soon be using artificial intelligence-powered technology to detect weapons. According to the Toronto Sun, the system can detect both metallic and non-metallic weapons ranging from guns and knives to explosives. While the system does not recognize facial features, it does capture radar images to search for signs of weapons concealed in bags or under clothing. Find out all the details of the new security system, expected to launch at the airport in the spring of 2020, in the Sun's recent report.

In late 2018, the Marriott hotel chain announced that one of its reservation systems had been compromised. Upon further investigation, the company discovered that up to 500 million guest records (including credit card and passport numbers) were exposed and, perhaps most concerning, that the hack had gone undetected for four years. The tactics used to break into the system have been suggested to show similarities to state-sponsored Chinese hackers. Learn more about how this data breach happened and it's impact in CSO Online's recent article.

According to Relativity, over 60 million Americans have had their identity stolen. As they explain, "In digital health as much as physical, an ounce of prevention is worth a pound of cure." Find out what information bad actors are interested in and how you can protect yourself against identity theft online by reading their latest blog.

We already know that, when effectively implemented, automation of mundane and redundant tasks can improve efficiency. But, are you sure you're using technology features to the best of their abilities? A new article by Law Technology Today explains why project management is such a crucial part of the process. Learn why having a PM on (or working directly with) your team is needed to manage risks, ensure quality control and monitor progress here.

Via Health IT Security

In today's data-driven world, digital security is top of mind but, could our physical documents be posing an equal threat? Shred-It says yes. According to their recent report, 68 per cent of organizations have experienced a breach in the past 12 months and 71 per cent of those breaches were caused in the healthcare sector by the loss or theft of electronic devices and paper documents. When it comes to IT security, generally chief security officers are responsible for protecting confidential records though those same leaders are not responsible for the paper documents or devices used to store the information.

Why does this matter? For starters, only 46 per cent of the surveyed businesses reported to train their employees on proper document disposal methods. 63 per cent of health managers reported to having picked up a paper document in a public space that contained sensitive information.